As a young faculty member in 1975 at the University of Wisconsin–Stevens Point, I had the pleasure of meeting two people who would forever change my life, and millions of other lives, around the world. Fred Leafgren and Bill Hettler led the way.

Fred died on August 22, 2020 after a battle with renal cancer. At the time, Fred was Vice-Chancellor of Student Life at UWSP.

In thinking back to his contributions to the wellness movement, I have come to the conclusion that without Fred’s willingness to go out on a limb and support an untried concept, wellness, as we know it, would not be here.

Following up on the work of wellness models of the YMCA and Halbert Dunn’s 5 Dimensional Wellness Model, Bill thought that he could do better, and coined the 6 Dimensions of Wellness. He believed that people could be taught to manage their lives to live healthier and happier. Fred immediately saw the potential of this concept, and encouraged Bill to pursue implementing it in the campus residence halls. Fred oversaw all student life activities, and thus provided funding, leadership, and immense energy to the process of teaching UWSP students the new concept. In 1976, Fred and Bill launched an all-out effort to teach the wellness concept to all students living in the residence halls. This meant training residence hall staff and floor leaders, and providing funds and materials to implement it. Fred was steadfast in his support.

Soon, other universities were inquiring about the new wellness concept, and the first wellness conference was established. Over 90 individuals representing a wide variety of professions and interest attended. Notable individuals were Elaine Sullivan, Dennis Elsenrath, Bob Bowen, Judd Allen, Craig Washington, Don Ardell, Jack Travis, and Aldrenna Williams. Many others would drive the wellness movement over the next 40-plus years.

Fred Leafgren continued in his unassuming manner, quietly making sure that promotional and educational activities were not only funded, but directly supported. He let others take the lead and become well-known across the country, without taking credit for the wellness model that he was helping come to fruition. Wellness leaders such as George Pfiffer, Meg Jordan, Gloria Elder, Bill Baun, and Joe Opatz emerged to move the concept of wellness around the world. Now thousands of others have taken up the wellness torch.

Kind and gentle best describes Fred, but he had another side that many people did not get a chance to see. He was tenacious, driven, intelligent, and thoughtful. Fred never stopped learning. His work in Occupational and Worksite Wellness was of the highest order, and helped thousands of professionals become successful leaders and followers.

Fred was a delightfully eccentric snappy dresser who had many loves and interests. He travelled the world extensively, was a voracious reader, loved dark chocolate, driving fast convertibles to feel the wind in his hair, and adored his many loyal Saint Bernard’s, over the years. Fred was sharp witted, and his brain was studied by several researchers, then to be considered a “Super Ager”. He never acted his age, ever. Fred was a fixture at National Wellness Conferences and thoroughly enjoyed meeting young professionals and longtime friends.

Fred was a true wellness champion. I have lost a close friend and mentor and the Wellness profession has sadly lost an outstanding leader and friend-to-all. The National Wellness Institute will be forever in debt to Fred Leafgren. 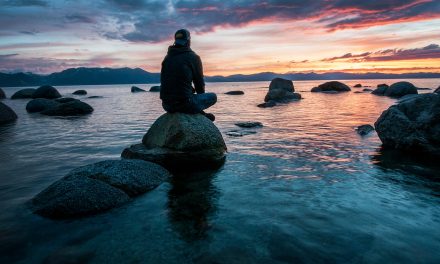