Say No to Workplace Bullying: Take Steps to Protect Yourself and Your Coworkers Bullying doesn’t stop when we leave the playground.

More than 60 million Americans are affected by workplace bullying, according to a study from the Workplace Bullying Institute (WBI). From constant criticism or passive-aggressive remarks to false accusations of mistakes, workplace bullying can take many forms. Managers and employees alike need to be aware of what constitutes workplace bullying so that they can serve as advocates for themselves when being mistreated and set a good example for those around them.

According to a CareerBuilder.com survey, other common forms of workplace bullying include:
• Being reprimanded or yelled at by the boss in front of colleagues
• Being gossiped about
• Being held to a different set of standards than other coworkers
• Being shut out or purposely excluded from meetings and/or projects

When you’re the victim of bullying, you might have heightened levels of stress and anxiety, which can lead to poor sleep and chronic health conditions. In addition to impacting employee health, a toxic environment created by bullies can affect job performance. Employees facing a bully at work can become less productive and more disengaged, take frustrations out on unknowing customers or simply leave the company if they feel there’s nowhere to turn for support.

So, what’s management to do?

START AT THE TOP – An anti-bullying culture has to start at the top. Everyone on the team, from the top down, needs to examine their own behavior and address any tendencies they have that might be interpreted as bullying. Employees should be encouraged to stand up for their peers by reporting bad behavior or saying something when they see the bullying happening. Saying nothing only empowers the bully to continue acting that way.

EDUCATE – Educating leadership and managers on appropriate behaviors is also a critical piece of creating a bully-free workplace, since more than 60 percent of workplace bullies are bosses, according to the WBI study.

DEFINE IT – Just as other workplace policies are clearly defined, every organization should define what’s considered acceptable behavior, as well as consequences for behaviors that fall outside of those boundaries. Anti-bullying policies should include definitions of acceptable cyber conduct, too, as well as accountability measures.

INFORM- Everyone on the team should be made aware of the policies and where to turn if they are victims themselves or see others being bullied. All reports of bullying need to be taken seriously, and management should avoid making excuses for perpetrators.

CREATE A POLICY – When so many organizations are operating in a full or partial remote posture because of the pandemic, it’s especially important to establish a clear anti-cyberbullying policy. Cyberbullying, or the use of electronic communication to torment a person, typically by sending messages of an intimidating or threatening nature, is a serious problem. A Pew Research Center survey found 41 percent of Americans have been personally subjected to harassing behavior online, and an even larger share—66 percent—have witnessed those behaviors directed at others.

DIGITAL – Cyberbullying is just as serious as any other form of bullying, and can have profound real-world consequences, ranging from mental or emotional stress to reputational damage or even fear for one’s personal safety. Organizations need to define what constitutes acceptable conduct online. The electronic nature of cyberbullying can make it impossible for the target to escape harassing or threatening messages, even after hours, leading the victim to feel increased stress and dread.

ACCOUNTABILITY – Human resource departments should encourage employees to report such instances and support victims with coping and stress management via an employee assistance program (EAP). The bully must always be held accountable, making it clear that the behavior won’t be tolerated.

Taking steps to prevent bullying from happening in the first place is the best approach. An environment free from bullying fosters employee engagement, collaboration and teamwork—one where employees can focus on the tasks at hand. Answers to Your Most Burning Employment Law Questions about COVID-19 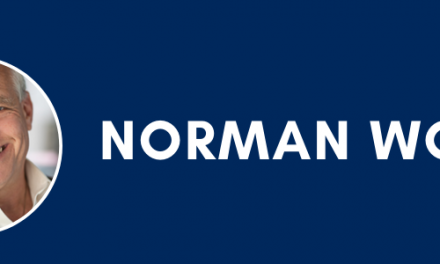